"Europe Lays the Foundations for Growth" 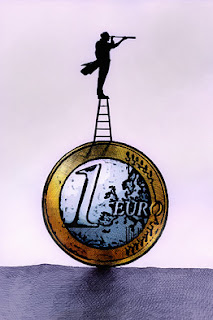 Getty Images
Olli Rehn: "Of course, there are those who argue that pursuing fiscal consolidation in times of weak or negative growth is counterproductive and that instead, what is needed is fiscal stimulus. Yet what if the countries in question have lost market access, or are struggling to contain rising spreads, precisely because of fears for the sustainability of their debt? What impact would abandoning or reversing their fiscal consolidation policies have on their efforts to restore the confidence of investors? Countries in these positions should be deeply wary of such illusory temptations. Markets do not need to be convinced that a country can boost growth by a few decimal points in a given year through higher spending. They need to be reassured that the country's public finances will be sound in the long-term, which means pursuing prudent fiscal policies, ensuring the sustainability of welfare states and enacting structural reforms that can deliver a lasting improvement in growth and employment. (...) Fiscal consolidation, at a pace appropriate for each country, must remain a core element of economic policy in Europe. It should be borne in mind that the sovereign debt ratio in the European Union has increased to 90% from 60% of GDP in only four years. However, deficits in the euro area have fallen to an average of just over 3% of GDP this year from more than 6% in 2010. As a consequence of fiscal consolidation efforts, public debt is expected to peak next year and then to start to decline as a proportion of GDP. Now is not the time to turn away from the policies that have led to this improvement and that are contributing to a gradual return of confidence in the euro area" (The Wall Street Journal, 13.10.2012).
Publicada por Paulo Gorjão à(s) 12:00